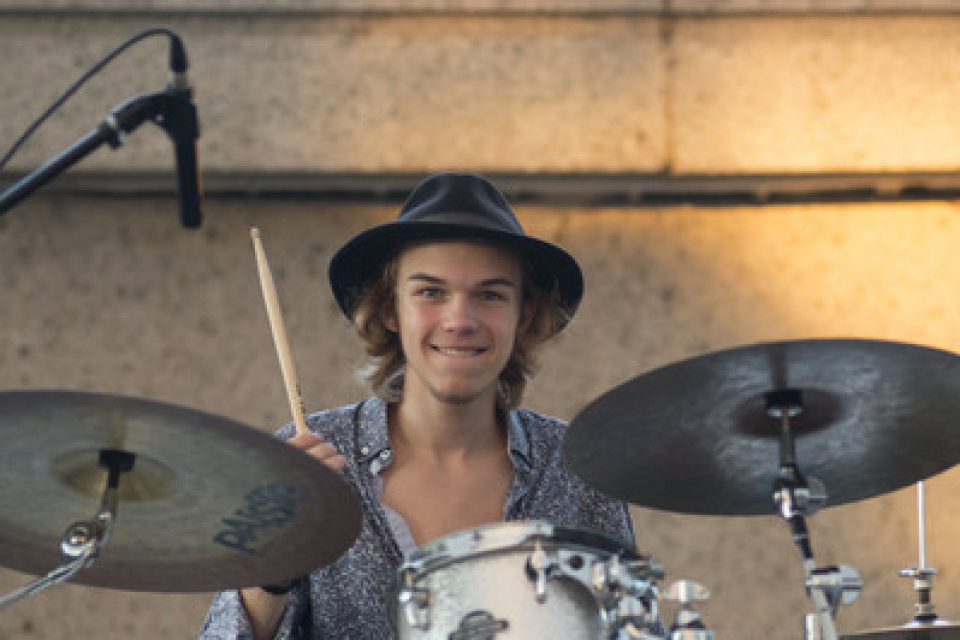 Some Quotes from Music Industry People

“With nine originals and one cover song, ''Reaching Higher'' is Snyder's most accomplished album to date. His children are more than a backing band for Snyder. They are fully involved in all aspects of the band, including songwriting.”  - Tom Conway, South Bend Tribune

“A mixed bag of music genres fusing a bit of bluesy tones and jazzy instrumentals…This release is filled with energy, vigour and experimentation – a gem.”...Colin Campbell, Blues Matters, Bridgend, England

“Exactly what I would have expected from Denny, and the kids are fantastic! “It's great to hear Denny's music is doing so well! The pleasure of having years of experience is the 'rush' that I get when I hear something, after only a few seconds, that I know, in my gut, is good stuff. His music has done that from the beginning, so having it on my radio show is a real pleasure.”...Brant Zwicker - ATC - At the Crossroads Blues Radio

“Denny, your daughter has a new fan - in fact, I have her opening my show tonight with 'New Orleans'.  She has a beautiful voice and I want to hear more blues from her.  I love that you have the whole family involved!” --- Kool Breeze, KBRZ blues radio, Kansas City

“Denny Snyder and his entire family are involved in the new CD 'The Snyders' featured on the next WUCX-FM Eclectic Chair.  Denny, I love your homegrown Band!”--- Trish Lewis, WUCX-Q90-FM, Delta College, Bay City, Michigan

"If you listen to Southside Denny Snyder, you'll dig deep down to the roots of the Blues. He took the Blues from the past, gave him some new, modern clothes and let him live right between us, where he should be, like a long time missed friend."
Erhard Albrecht, Radio Weser.TV 90.7 MHz, Bremerhaven Germany

“Full Circle is a fabulous collection of styles and guitar playing. Great blues tracks like Perfectionist Blues alongside the moody slide of Lac Echo or the wonderful fingerpicking of Nothin’ Doin’ and City Slicker. I shall look forward to playing some of this on future shows.”  Ashwyn Smyth - Digital Blues Gateway, United Kingdom

“Denny is like taking a look at the blues of yesteryear, but with a modern punch. He is at home with an acoustic for some poignant Blues as he does with an electric belting out great Chicago tunes. His writing is refreshingly modern, yet still gives the air of reminiscence.”...Dave Barker, Dave's Blues Mix. - Star FM Community Radio, Tasmania, Australia.

"Thank you so much for bringing Southside Denny Snyder to my attention. It is music and musicians like Denny that feed the souls of music lovers around the world. WWOZ and I take great pride in offering musicians a worldwide platform. Best of luck to Denny."...Jukebox Jack Lyles - WWOZ New Orleans

“I've constantly been amazed at his dazzling playing, he sounds like a one-man-band. He knows how to self-accompany in a way that fills in all the holes. It's like multitasking bass, chords, lead, and vocal, but it's just Denny and his acoustic guitar. His blues bands rock with precision, too."...Bruce Bartlett, Recording Engineer - Bartlett Recording Studio

“You either make me want to quit or practice great job awesome....speechless....25 stars.”...2TRProductions

“…although he shares in common with other Indiana blues artists a Chicago-based sound, his is not of the usual generic 1950s…shows far more identity to the sophisticated urbanity of Buddy Guy than to SRV- a most refreshing approach…He gets down, that’s all there is to it.”...George Fish - Nuvo magazine, Indianapolis

“The very jazzy “Paging Dr. Cory” proves how versatile this guitarist really is, as he takes melodic runs up and down the fretboard with confidence and ease. ”... Nick Washburn - West Michigan Blues Society